Bewnans Kernow will be opening 'Cornish Heritage in Penzance' later in 2023. This is on the site of the former Penzance Library building. 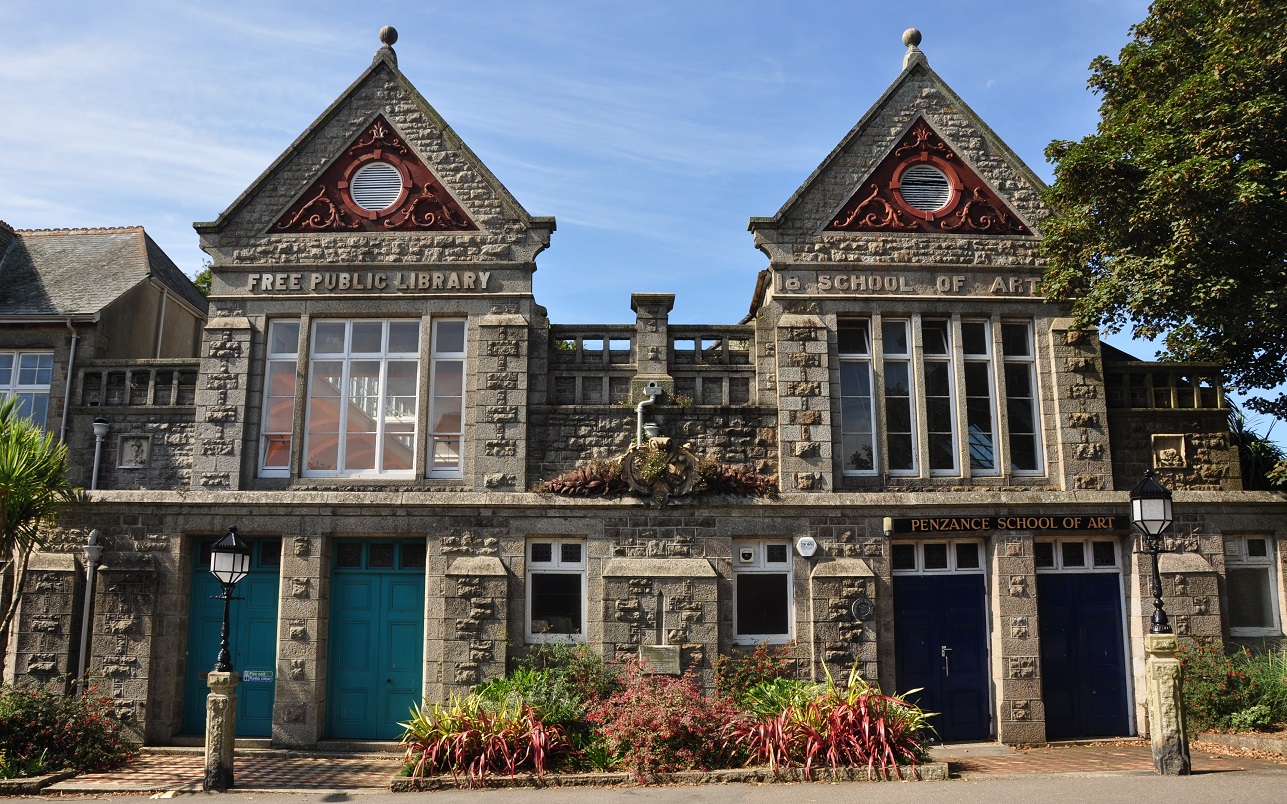 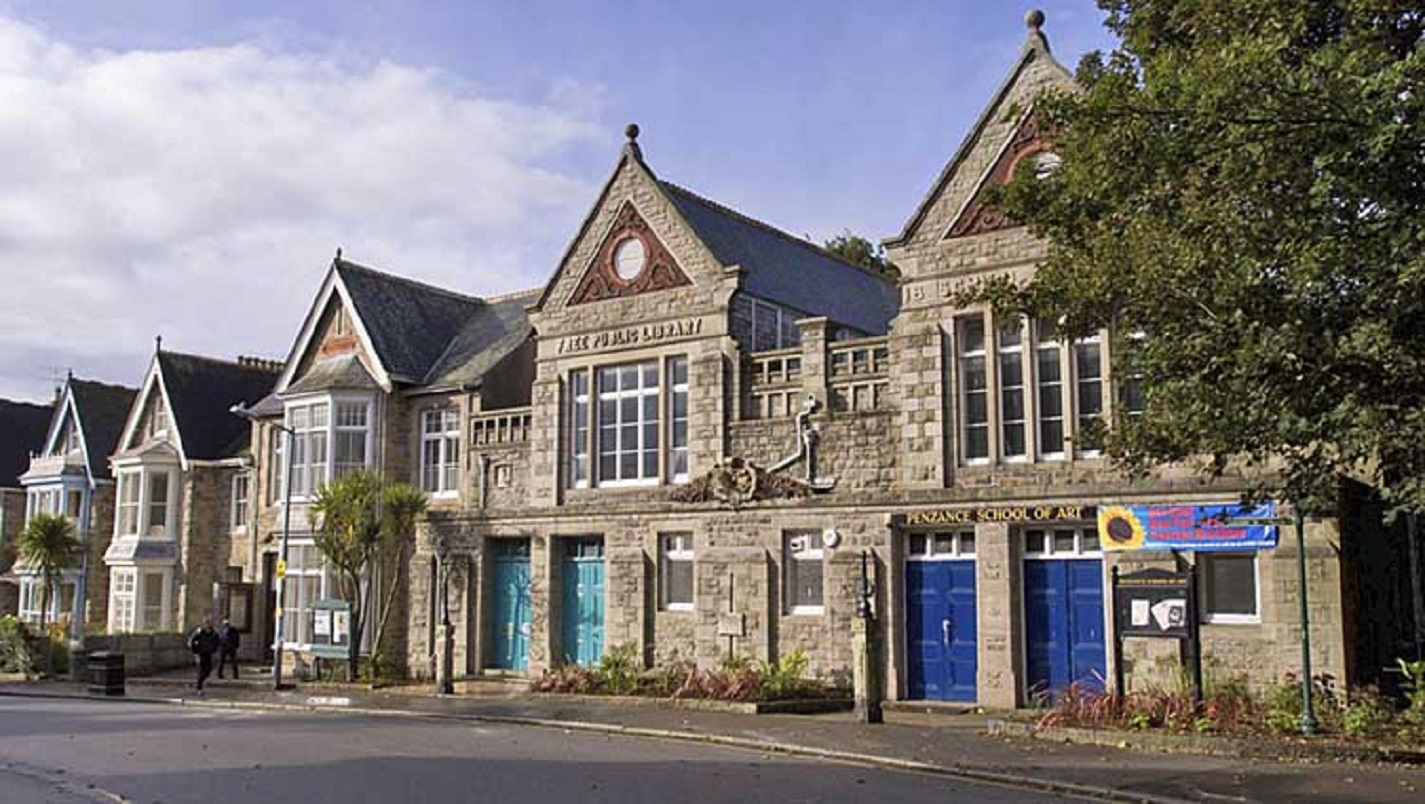 Bewnans Kernow is in the process of establishing 'Cornish Heritage in Penzance' as a centre to celebrate, exhibit, research and develop knowledge of Cornish history and Cornish culture.

We would like to thank our funders - the National Lottery Heritage Fund, Cornwall Community Foundation and Big Lottery 'Awards For All' for their invaluable support in helping us launch the venue.

Our Vision for 'Cornish Heritage in Penzance':

Our Mission for 'Cornish Heritage in Penzance':

Our actions will strengthen Cornish people’s knowledge of their history, develop Cornish culture and raise the world’s understanding of Cornish heritage in order to increase the community resilience of the people of West Cornwall and support the cultural identity of the Cornish people.

Establishing a Venue to deliver Cornish Culture and Cornish Heritage: From Concept to Concrete

A number of factors informed decision making and led Trustees to conclude that Bewnans Kernow would develop more strongly organisationally, better meet its charitable remit and expand the services it delivers to beneficiaries by establishing a Cornish Culture and Heritage Centre in Penzance.  These include:

Trustees are deeply integrated in the Cornish cultural environment and understand the shortage of institutions and bases led by members of the Cornish national minority and delivering Cornish culture and heritage from an indigenous perspective.

Bewnans Kernow has listened during the consultation meetings it arranges to others in the sector and understands the value to those who already operate Centres and the difficulties of consolidating outputs for practitioners with no base.

The Penwith Points of View Project in Madron exceeded project objectives and was widely viewed as very successful.

Several venues were explored from 2015 including the Public Rooms in South Parade, Penzance; Penlee Stable Block, Penzance; the Old School Centre in Illogan and the former Probation Building, Penzance. Throughout this process it was felt that the former Penzance Library building in Morrab Road would be extremely suitable because of its size, location and earlier function as a well-loved public library. In late 2016 Bewnans Kernow approached Truro/Penwith College and it was clear that the aims and objectives of both Truro/Penwith College and Bewnans Kernow for the use of building were closely aligned with a focus on community and education.  Penwith College agreed to lease a part of the building to Bewnans Kernow. The entire School of Art/ Library building was then recommended for listing and a renovation programme was undertaken by Truro/Penwith College.  The Covid pandemic delayed the launch but gave time for Bewnans Kernow to prepare grant applications in preparation for leasing the building

Until 2024 Bewnans Kernow will run a development programme based at the 'Cornish Heritage in Penzance' venue, in the former Penzance public library building, to establish a Cornish Heritage Centre.  This phase will be characterised by Cornish heritage and culture projects which involve specialists and the community, and the growth of resources and assets. The Centre will offer a platform to a wide range of specialists and practitioners to share their knowledge and will provide learning opportunities for different audiences.

Bewnans Kernow will also seek funding to run small projects in East and Mid Cornwall and will continue to produce strategic reports.

Bewnans Kernow will undertake feasibility studies and seek funding to establish further Cornish Heritage Centres in Cornwall, working with and through local communities and Trustees.

We will follow government and industry Covid-19 guidelines and have a process in place to maintain cleanliness and aid social distancing. We are committed to sharing information in the best way we can about what we are doing to minimise risk, albeit we will all have to recognise and accept that we cannot eliminate all risk completely.

Our work and Covid-19

Our analysis shows that in the short term we should focus on quality rather than quantity and on education and influence rather than entertainment or edutainment ie instead of aiming to attract large numbers of people we will raise our profile through high quality outputs including research papers, the website, academic excellence, reports, publications and good design.